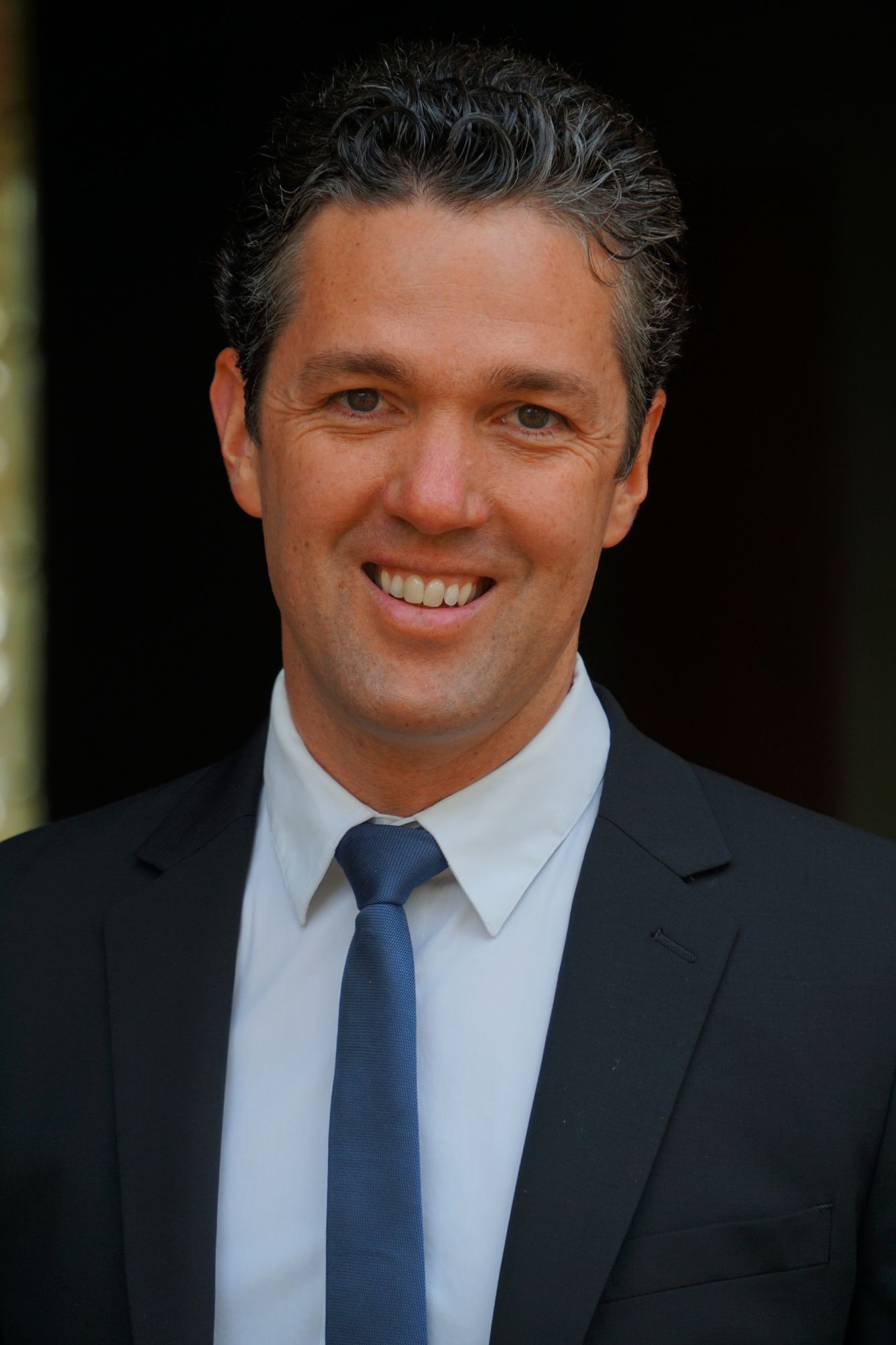 Robin is a worldwide Gulfstream captain, but his heart is in general aviation...

Robin has always been a patient and calculating aviator.  He genuinely enjoys challenging missions, from the seemingly impossible trans-Pacific ferry flights, to the joys of flight instructing.  From these desires, Aer-O was born. 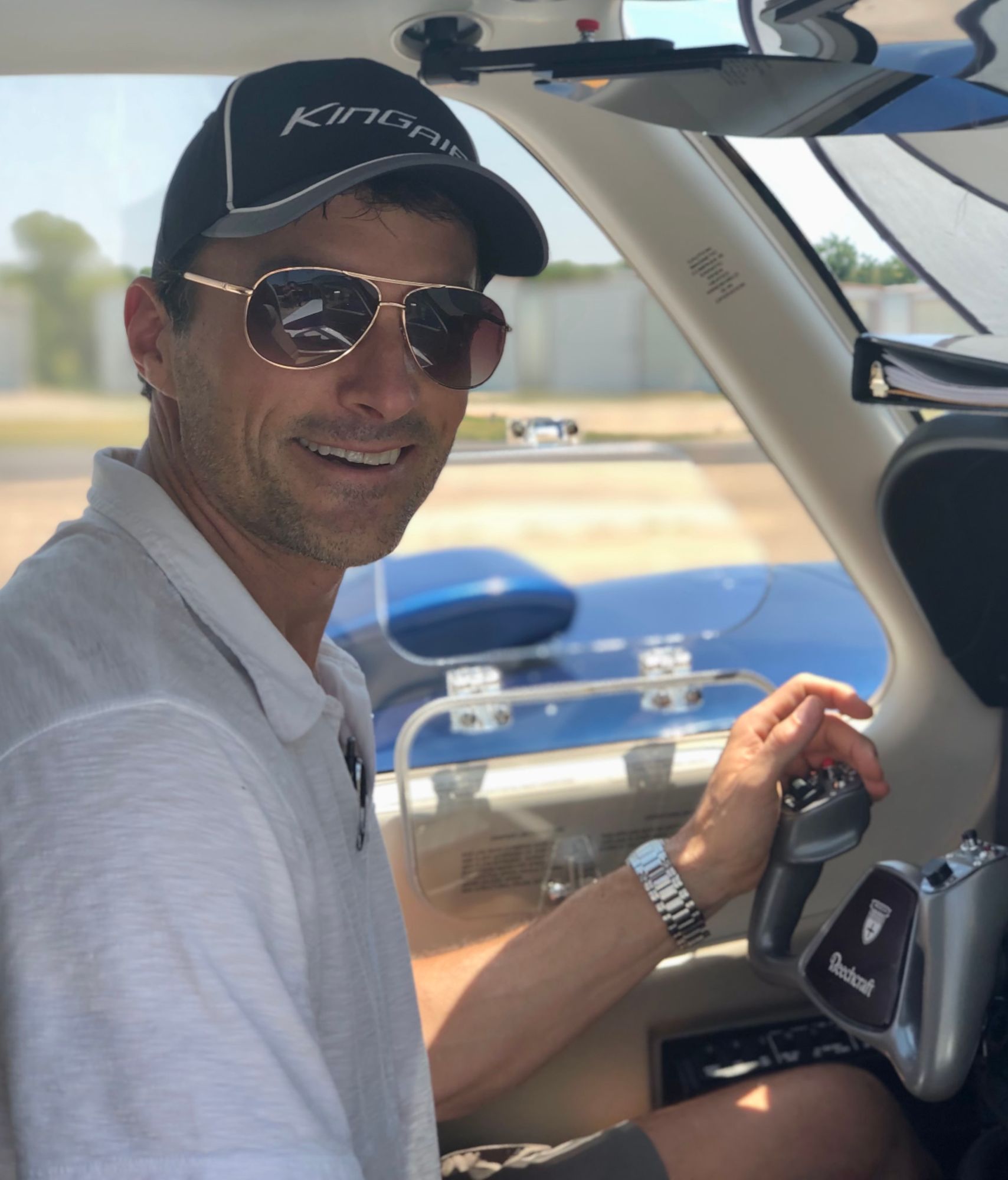 Ryan is a multifaceted individual, with a level of dedication to a task like none other...

Ryan is the guy you want on a difficult job. Any of us are great! But Ryan just never gives up.  The world could be burning down around him, and he will still figure out how to get your aircraft to you... Safely. 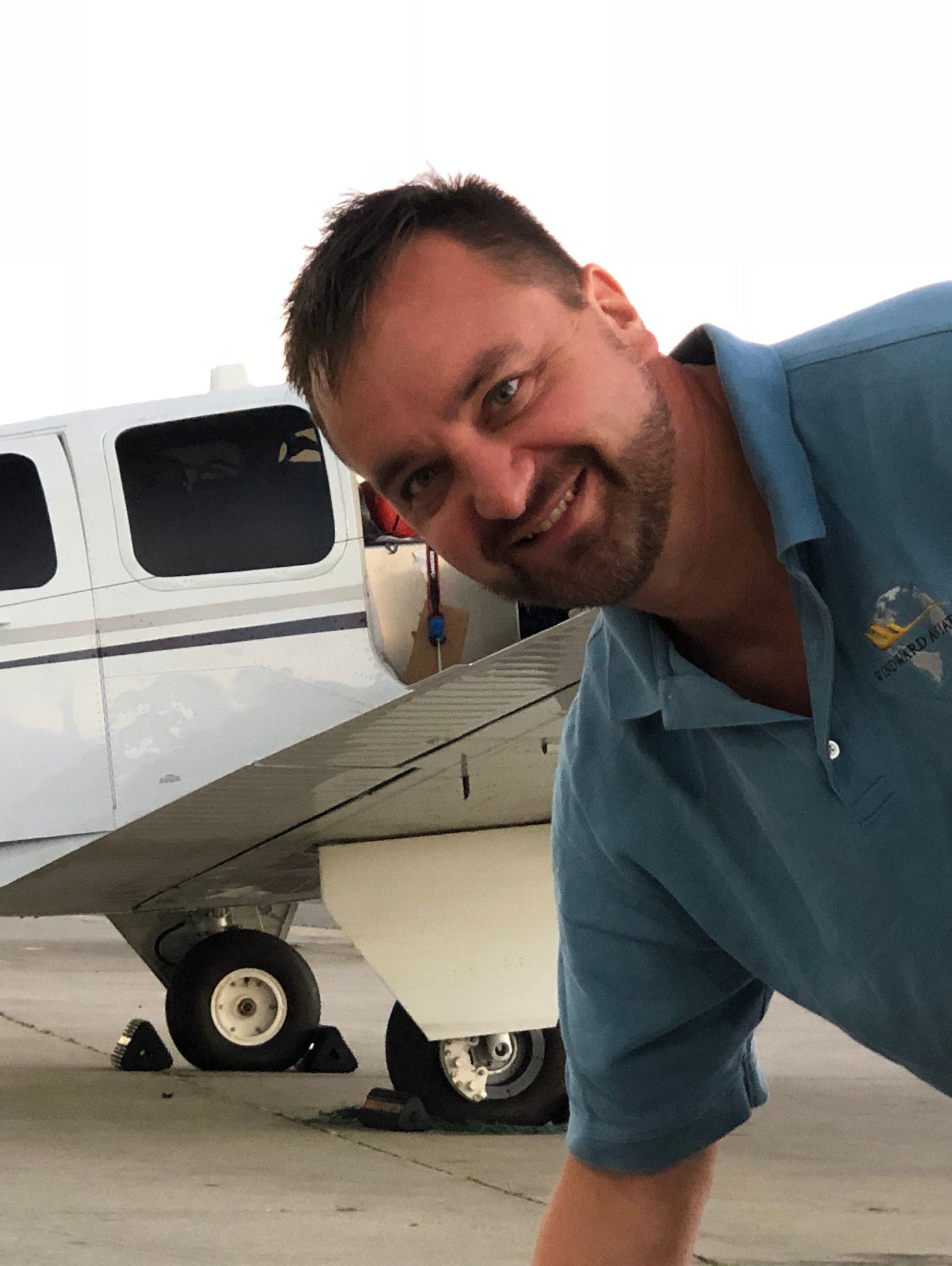 Gerry drinks courage like a lion at the end of the "Wizard of Oz"...

When Gerry isn't ferrying airplanes, he's flying amphibious water bombers fighting the impossible fight against a world that IS burning down around him.  We think he ferries planes over the Pacific so the sea air blows the smell of smoke off him. 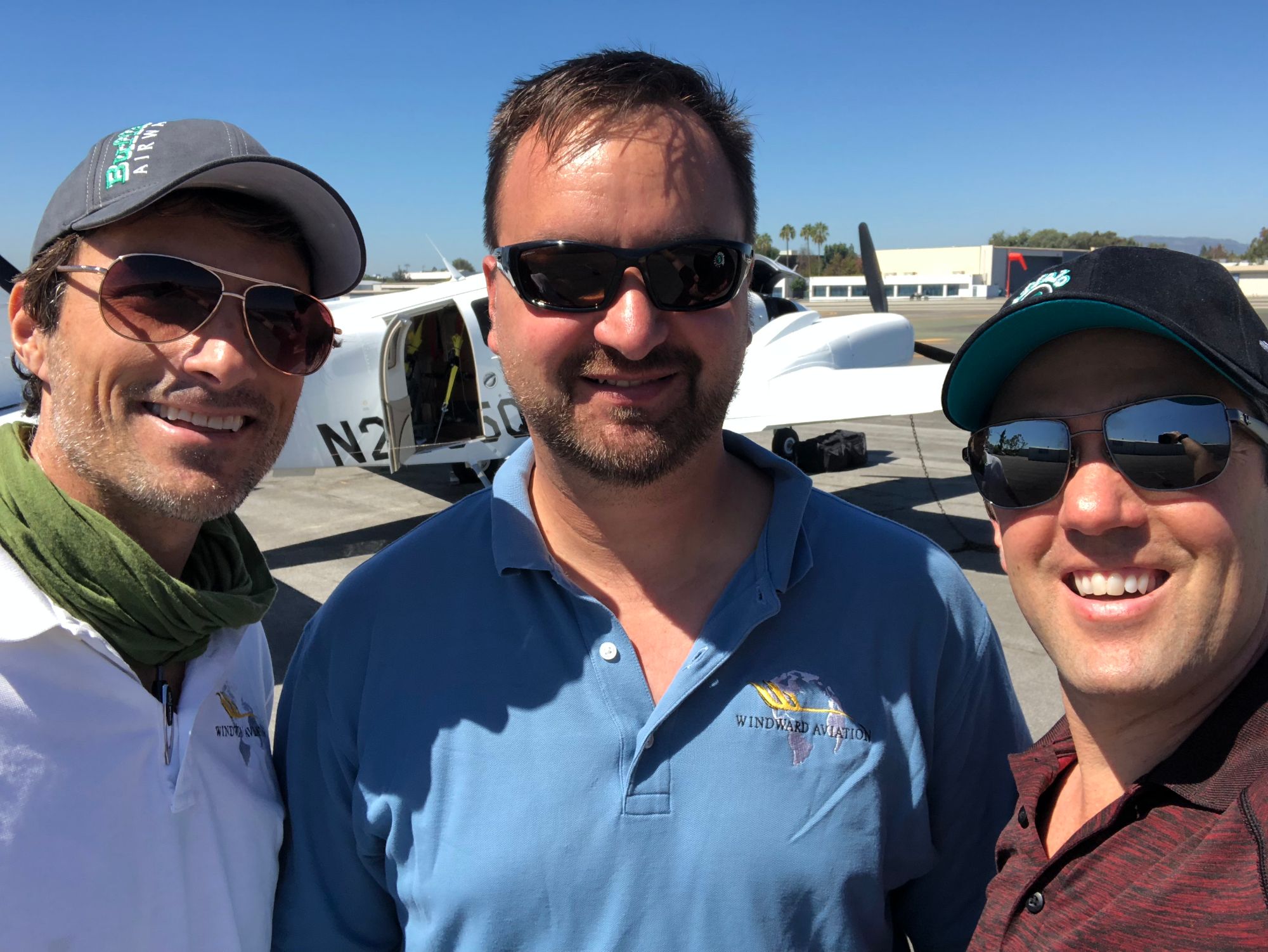 Before we could be Aer-O, we first had to be Windward Aviation LLC.  Ask anyone who knows about Windward, and they will tell you about the company that was dedicated to customer service, and above all... Safety.

Robin Leabman and Ryan Culver were the founding partners of Windward Aviation.  Together they ran the best aircraft delivery company in the industry, with direct contracts with Hawker-Pacific and Textron Beechcraft.  Their commitment to professionalism, safety, communication, and transparency are still the envy of the business.

Windward quickly became the "Ambassadors of the Pacific", as one enthusiastic client once put it.  In Windward's 10 years of exemplary customer service, we ferried over 100 aircraft over the Pacific, and the same number the other direction over the Atlantic.

In 2018, Robin and Ryan agreed to sell Windward Aviation.  Their careers started pulling them further away from Windward, along with their dedication to maintaining the company's flawless safety record.  The decision was made so Windward would never suffer the fate of all those other companies who make the news for the wrong reasons.

Robin Leabman, being a serial entrepreneur, couldn't NOT run a company for too long!  After 10 years of flying millionaires and billionaires all around the world in beautiful large Gulfstreams, Robin could no longer resist the pull of general aviation and the people he served delivering their airplanes.  Because the old company name is being used, he dreamed up "Aer-O".  The French pronunciation of water is "O", and in aircraft delivery, we cross a lot of it.  But there's another reason for the name as well...

The second reason for our funny name is Robin's affinity towards the water.  He's a whitewater kayaker and SCUBA diver.  Additionally, Robin is a single- and multi-engine seaplane pilot.  He owns a Lake 200EP and offers seaplane flight instruction in the Southern California region. 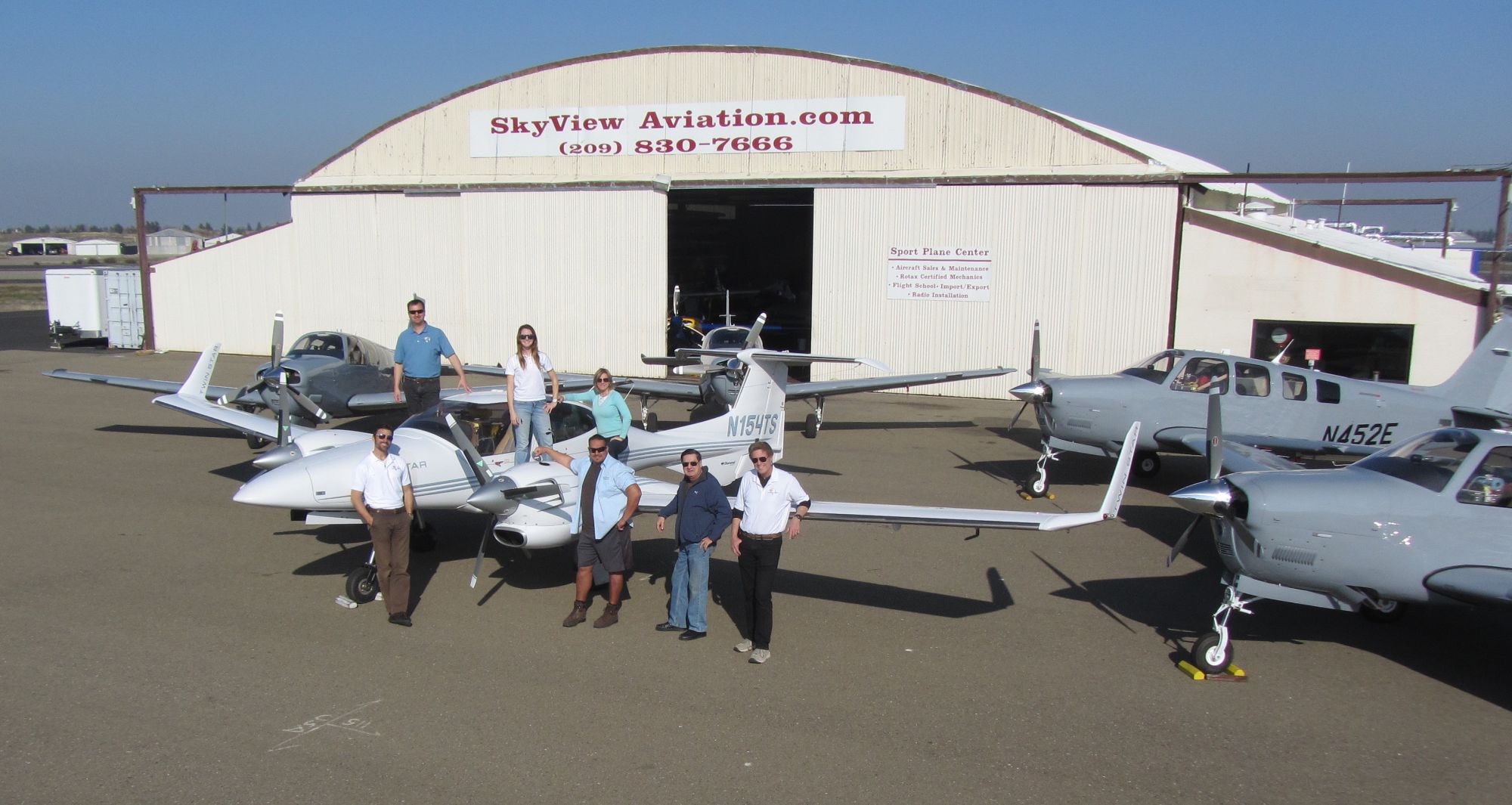 Before we launched our own business, we were all ferry pilots for other companies.  Robin quickly realized we could do things MUCH better.  Utilizing his background and knowledge in FAA Part 135 operations, Robin worked fast to create an all new company that focused on everything important.

Honesty.  We have all worked for those types of managers that do one thing repeatedly to their clients... Lie.  From the onset of our brand, we have always remained honest with our clients.  From the moment we receive a quote request until the moment we hand over the keys to a new owner, we pride ourselves in pure transparency.  This is why our quotes can at times appear more expensive when compared to our competitors.  It's not because we're more expensive, it's because we are honest with our clients and never under-bid to win the job.

Integrity.  To be professional pilots, the FAA says one must be of "high moral character".  We are good people...all the time, every time.

Trust.  You have placed an incredible amount of trust in us to pick up your plane, and not only deliver it safely to you, but also take incredible care of your aircraft.  We not only earn your trust, but we keep it.

Respect.  Just like earning Trust, we earn Respect through our respect of others.  You mean the world to us, and we will literally fly around the world to prove it.

It's through our Core Values of Honest, Integrity, Trust, and Respect that our Mission Statement was born:  We at Aer-O provide our clients with a peerless level of Simple Honest Service while maintaining the highest standards of safety in everything we do.